Autopsy suggests Chang may have been murdered

Autopsy suggests Chang may have been murdered 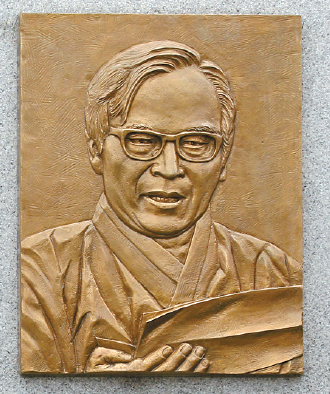 After 37 years, the mysterious circumstances of the death of a democratization movement leader during the Park Chung Hee military rule is being re-examined as a recent autopsy of his remains discovered a hole in his skull, suggesting he may have been murdered.

His family and supporters said they believed the fall to have been a cover-up for murder by Park’s agents, citing that there were no other visible wounds found on his body except a skull fracture and a bloody ear. Chang had been outspoken against Park’s dictatorial Yushin government.

But they never got a chance to confirm this because of a speedy burial without a proper autopsy, and an investigation into his death was not launched.

As Chang’s remains were recently relocated to a new cemetery by his bereaved family, they decided to conduct an examination on Aug. 1. In the autopsy, a round indentation in the skull six centimeters (2.3 inches) in diameter was found above his right ear.

The remains were examined by Prof. Lee Yoon-seong, a forensic specialist at Seoul National University, who stated in his autopsy report that the cause of the death was from damage to his skull, “But it is difficult to determine if the damage happened intentionally or from tripping and falling.”

Lee said that there was no other damage except for the skull and the pelvic bone. There were no external wounds to the rest of his body, which would easily be damaged from a fall.

While Chang had been on a group hiking trip, there was only one witness at the time of his death, and Kim Yong-hwan, who had been a supporter of Chang’s election campaign before, said to police, “On the way down, he lost his footing and slipped.”

In 2002 and 2004 under Kim Dae-jung, a presidential truth commission on suspicious deaths was assigned to investigate Chang’s cause of death, but its findings were inconclusive due to lack of evidence. The 1975 records of Chang’s death, which were not investigated properly in the first place, were destroyed.

Chang’s 63-year-old son, Ho-gwon, gave an interview with local liberal newspaper the Hankyoreh to report the results on Wednesday to mark Liberation Day. He said in the interview that based on the hole in the skull and lack of injury to his body, the death could not have been from a fall and that he was “positive that someone struck him on the back of the head with something like a hammer.”

A memorial service was held at the Chang Chun-ha Park in Paju, Gyeonggi, yesterday, marking the 37th anniversary of his passing, and the main opposition Democratic United Party stated that it plans to launch a fact-finding committee to clear the cause of Chang’s death.

Park Geun-hye, presidential front-runner of the ruling Saenuri Party, is the daughter of Park Chung Hee.