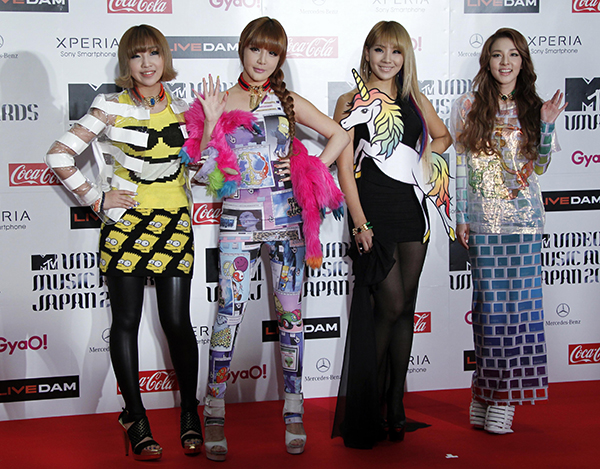 
K-pop group 2NE1 drew about 7,000 fans to its first solo concert in the United States at the Prudential Center in Newark, N.J. The audience yelled the name of the girl group throughout the two-hour performance, according to the agency, YG Entertainment.

The concert last Friday was the launch of the group’s world tour, with the second set for this Friday at the Nokia Theatre in Los Angeles.

The agency said that the group began the concert with “I’m the best,” a dance number, immediately getting the crowd on their feet and moving. Each member had a solo during the concert, with Park Bom singing “You And I,” and Sandara her solo song “Kiss.” Min-ji staged a solo dance and CL showed off her DJ skills. The group sang a total of 23 songs.

Last December, they performed at Times Square in New York during a joint concert that MTV hosted to showcase the best new bands around the world.

After the Los Angeles concert, the group moves on for a multi-city tour of Japan starting Aug. 31 in Osaka.