Kim Min-jong proves he still got it

Kim Min-jong proves he still got it 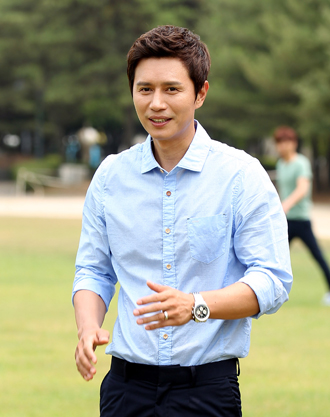 Actor and singer Kim Min-jong took to the stage, his first in a while, at the SM Town Live Concert, which took place in Jamsil, southern Seoul, on Aug. 18.

Kim who belongs to SM Entertainment showed that he could hold his own by performing on the same stage as acts like Girls’ Generation, SHINee, Super Junior and BoA to name a few of his agency mates.

Of late the 40-year-old entertainer has been back in the limelight after starring in the hit drama “A Gentleman’s Dignity.”
In the show, Kim showed off his vocal skills by contributing a track on the soundtrack.

Kim will also make a cameo appearance in the new SBS drama “To the Beautiful You” which is set to take over the time slot left blank with “A Gentleman’s Dignity” coming to an end over a week ago.
By Carla Sunwoo [carlasunwoo@joongang.co.kr]