‘The Thieves’ to screen in Hong Kong from September

‘The Thieves’ to screen in Hong Kong from September 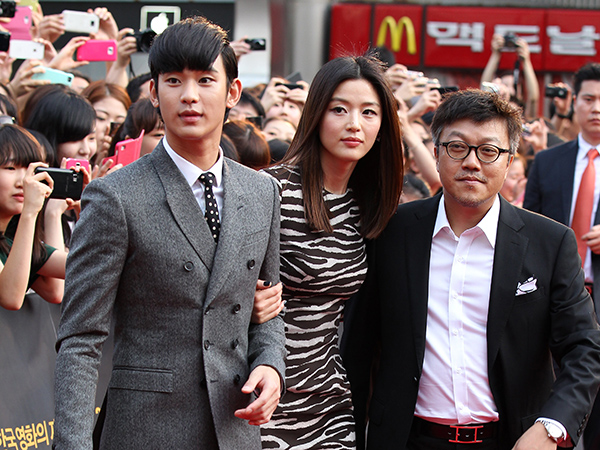 The summer blockbuster “The Thieves” will begin screening across Asia from next month. On Sept. 6, the movie will premiere in Hong Kong and Indonesia before opening in Singapore on the 13th, and Malaysia and Thailand in October and November.

The movie’s distributor Show Box announced on Aug. 21 that Jun Ji-hyun, the female lead from the movie, will visit Hong Kong ahead of the film’s opening for promotions. Simon Yam, who makes an appearance in the Korean film, will also join Jun for press events in Hong Kong.

In Korea, the film has exceeded the 10-million mark in views on Aug. 15.
This prompted the film’s heartthrob Kim Soo-hyun to fulfill a pledge that he made earlier; the 24-year-old actor partook in a special fan meet event where he carried a young fan on his back around the cinema on Aug. 18 at Megabox in Gangnam, southern Seoul.

As of Aug. 20, the film has been viewed by 11,253,541 Korean cinema-goers.
In the next week, the action film is set to overtake the record set by “Haeundae” in 2009 and become fourth-highest grossing Korean film to date.