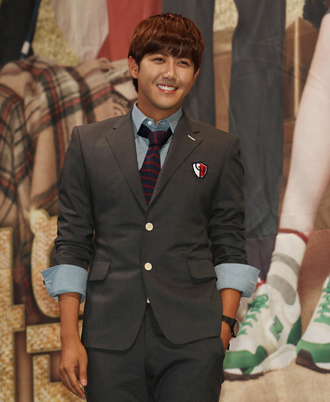 ZE:A’s Kwanghee revealed on the talk show “Mighty Heart” on Tuesday that he had recently enjoyed a romantic date with a fellow entertainer.

The boy band member didn’t name his date’s name, but did say she belongs to a seven-member girl group.

In line with his tell-all character, he said idol group members often purchase their first cars after about three years in the industry “for the sole purpose of dating.”

“I’m no exception and recently bought a car,” Kwanghee explained.

The 23-year-old went on to divulge even more juice as he detailed that he chose the perfect location away from meddlers: a park overlooking the Han River at a time when no parking attendants were around.

Since Kwanghee’s shock announcement, netizens have been going wild, with many trying to put the pieces together. One of the top search queries since the show has been “seven member girl band.”

Other celebrities on the talk show also spent some time trying to guess the identity of the secret date.