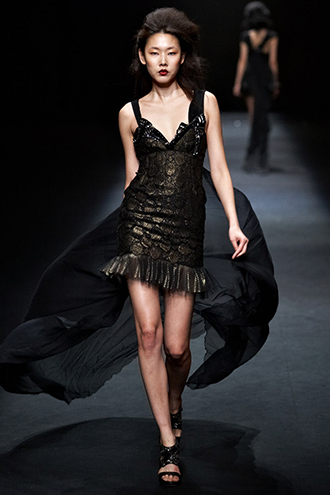 Model Han Hye-jin confessed that she was currently in a relationship, with a “commoner.”

Han told viewers on the talk show “A Mighty Heart” on Aug. 21 that she has been seeing her boyfriend “just over a year.”

In the episode, which also had ZE:A’s Kwanghee owning up to a recent rendezvous, Han said that compared to other celebrities, models had an easier time going on dates.

“As the public isn’t so clued up on who is who in the modeling world, it’s not a big deal for models to go on public dates,” explained Han.