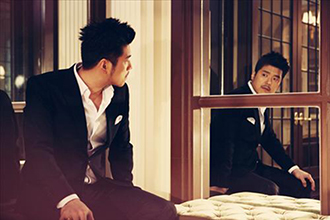 Brown Eyed Soul singer Youngjun, 33, is set to marry his girlfriend of one year on Dec. 1, Santa Music announced yesterday.

The singer’s bride-to-be is three years younger and works in the fashion industry.

This will be quite a year for Youngjun, who released his debut solo album “Easy” in January.

Previously, Youngjun revealed to the public that he was in a relationship “with a commoner, far from the entertainment industry.”

According to the entertainer, the two had known each other for some time before deciding to heat things up.

The song “You Over Flowers” on his solo album was dedicated to Youngjun’s fiancee, generating much buzz among fans and netizens about the singer’s love life.

The ballad-singing quartet which Youngjun belongs to made its debut in 2003 and this year made headlines when its member Naul recorded songs with Stevie Wonder.