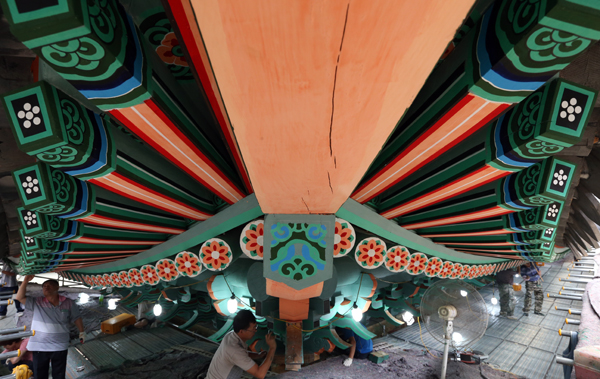 Sungnyemun, also commonly known as Namdaemun, is one step closer to completion currently in the dancheong process, the decorative coloring of traditional Korean wooden structures. The National Treasure No. 1 was burned down by an arsonist in February 2008 and is slated to be completed by the end of the year. By Kang Jung-hyun