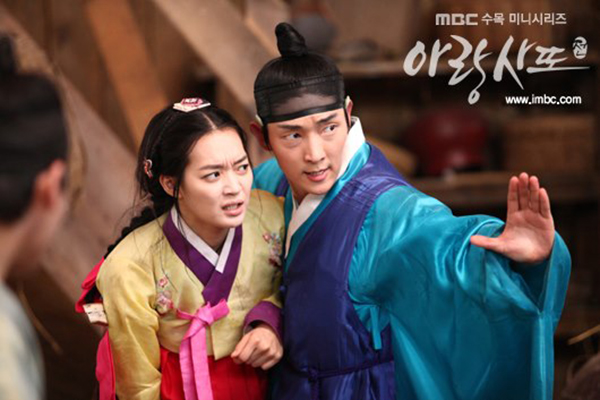 Lee Joon-gi and Shin Min-a’s latest MBC drama “Arang and the Magistrate” has already broken the record set by “The Moon Embracing the Sun” earlier this year.

The broadcast rights to Lee’s drama have been sold at a price that is the highest that the network has ever made per episode.

Although the sum is undisclosed as yet, the announcement was made on Aug. 28 following a meeting attended by MBC’s board members a day prior.

The drama began airing in Korea on Aug. 15 and the network had announced earlier that it did forecast some great deals to be signed with overseas networks thanks to its stellar lineup.

The drama’s plot revolves around a mischievous young ghost named Arang (played by Shin) who is suffering from amnesia and a young magistrate named Eun-oh (played by Lee) who helps Arang find out how she died.

The drama is based on the Korean folktale of “Arang,” the name of a young girl who met an untimely death. It originated in the city of Milyang in South Gyeongsang.