Hwa-young just wants to get along with ex-group

Hwa-young just wants to get along with ex-group 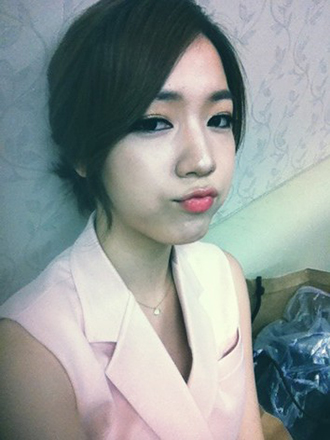 A former member of T-ara, Hwa-young, has spoken out about her sentiment toward Eun-jung being dropped by SBS last week.
Despite having been dropped by Core Contents Media and consequently having to leave the band, Hwa-young said that she wants to leave the past behind and move forward.

“I was upset when I heard Eun-jung was dropped from the SBS drama,” said the 19-year-old via Twitter on Aug. 28.
“It’s true that during my time with the band, we all fought often,” Hwa-young added, “but that’s what happens when you are with the same people 24/7. And as there were bad times, there were some great times too.”

The former girl band member said that she was hurt when the media and netizens attacked T-ara when Hwa-young was dismissed last month.
By Carla Sunwoo [carlasunwoo@joongang.co.kr]