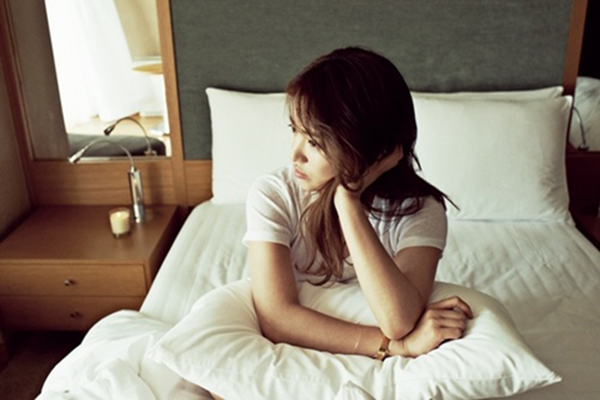 
Just a day ahead of her pictorial book’s release, Song Hye-gyo has dazzled fans with a teaser image of her, apparently just getting out of bed.
Netizens were impressed by Song’s just-out-of-bed look; the image was accompanied by the lively tune “Bird” by Oksang Dalbit.

The book to be launched a day later is said to contain never-before-seen images of the Hallyu actress from the last four years.

Song is no stranger to print media. In May, she decorated the pages of Karl Lagerfeld’s book “The Little Black Jacket.”

More than 113 celebrities are featured in the book and an exhibition celebrating the brand’s famed black jacket, shot by Lagerfeld himself.

Song took part in the shoot back in October, when she was in Paris for a Chanel show.