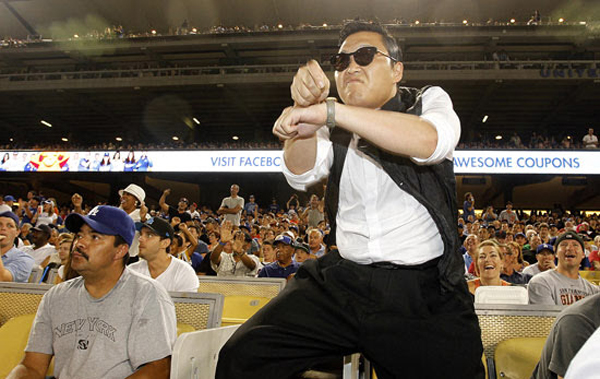 The K-pop star will also attend the 2012 MTV Video Music Awards on Friday in Los Angeles.

Although he is not nominated for any awards, the 34-year-old singer has been invited to the MTV event after his song “Gangnam Style” flirted with the 100-million mark on YouTube.

Psy will become the second Korean entertainer to attend the world-renowned video awards show, following in the stead of Rain, who attended the ceremony back in 2005.

Psy is set to leave for the States on Thursday and after the show on Friday, he will remain in the U.S. for a further two weeks to take part in talk shows.

Although he is still represented by YG Entertainment in Korea, Psy’s American label will oversee all of his U.S. and overseas promotional activities. Island Def Jam says it has plans to remake “Gangnam Style” in English and rumor has it Justin Beiber may take part in the project.