In Japan, Park Jung-min is Romeo

In Japan, Park Jung-min is Romeo 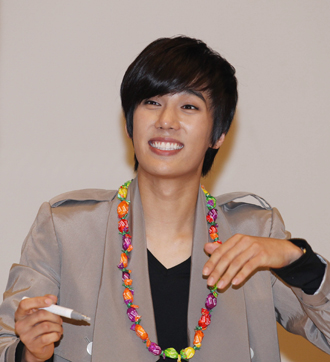 Park released his debut single “Give Me Your Heart” a month after he staged a press event with Japanese media, vowing he would change his name to make it as a J-pop artist. The name was suggested by Japanese music critic Reiko Yukawa.

His single was produced by a Japanese crew with Jeff Miyahara, who has worked with acts like TVXQ, Boyz II Men, and popular J-pop artists like Namie Amuro and V6. On Sept. 26, the artist formerly known as Park will promote his debut single at Live House showcase.

Before his metamorphosis, the ex-boy band member had spent the last year battling his former agency.

Park filed a lawsuit against CNR Media in April, alleging that the agency was withholding his earnings. The agency only paid Park 150 million won ($133,214), which was less than the amount owed to him.

Last month, the court ruled in favor of Park and voided the agreement with the agency.