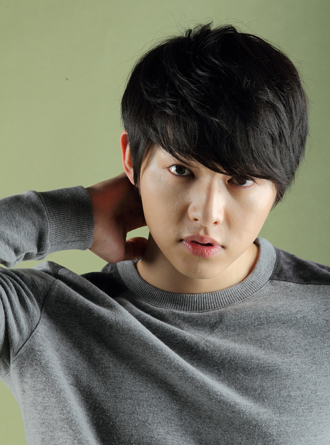 Song Joong-ki, the baby-faced actor who is the face of Seoul Milk, is set to take on a role unlike any he’s played before.

At a press conference for the new KBS drama “The Innocent Man” on Wednesday, the 26-year-old said he had no intention of trying to change his public image.

Nonetheless, he took a gamble in taking on the role of a man fueled by hate in the new drama.

“The character that I’ll play is one who is full of vengeance and wrath, and it’s not because I wanted a change, but purely because I loved the story,” said Song.

The young actor said he was worried viewers may be shocked to see a new side of him in the melodrama to air starting Wednesday night.

Song will play a man who goes to prison for his girlfriend, only to find she’s betrayed him.

This will be the first time that Song takes on a lead role in a drama despite the fact he’s appeared in hit shows like “Deep Rooted Tree” and “Sung Kyun Kwan Scandal” (both in 2011).