So Ji-sub almost walked off the set

So Ji-sub almost walked off the set 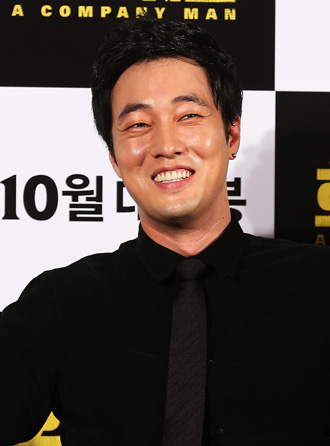 At the press launch for his movie “A Company Man” yesterday, So Ji-sub shocked journalists by saying that he had often considered quitting his career.

In line with the character of a hit man who quits his vocation in the movie, So was asked if he ever thought about walking away from film.

“There’s an immense amount of pressure that comes with the job,” So said.

“At the same time, there is not much room for movement and so I feel trapped a lot of the time. During these periods, I just want to quit.”

The 34-year-old said that he nearly walked off the set during filming an especially violent scene.

“When it’s among just the guys, it’s somewhat okay, but when I had to hit a woman, it was terrible.”

While filming, So said he got enough of the action himself, being punched by co-star Kwak Do-wan.

“I got beaten a lot,” joked the Hallyu heartthrob who is referred to as “Soganji,” which means trendy.

So also said he is really like any other guy. “I’m not as cool as Won Bin,” the model-turned-actor said.