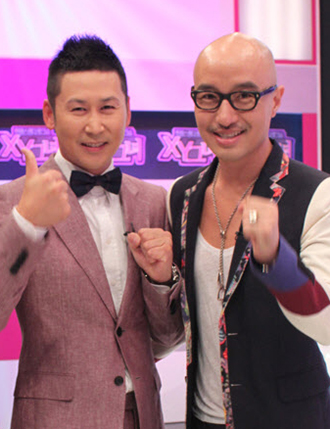 KBS network has decided to postpone the airing of its latest talk show “XY She” after complaints about the program that boasts a panel of transgender contestants.

Even before the show’s debut on Sept. 6, conservative groups had filed complaints about the show.

Even on the program’s Web site, netizens had voiced their fury over “promoting transgender and homosexual orientations, thereby creating problems in the society.”

KBS announced through its homepage on Thursday that it will comply with the responses of viewers.

“At this point in time, we will put off the show for an indefinite amount of time,” said the official statement.

A network spokesperson said it is too early to tell if the show will be scrapped altogether.

Last month, the show was the talk of the town with entertainers Hong Suk-chun and Shin Dong-yup named as hosts.