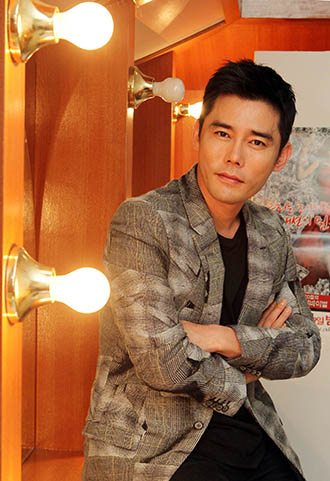 After the sudden death of Woo Jong-wan, a famous stylist who had been a regular on television, many celebrities expressed surprise and grief.

Woo, 46, was found dead at his home in Seoul on Saturday, in an apparent suicide, according to police, adding that he was found by his older sister. No will was found.

Actress Lee Seung-yeon was shaken by news of Woo’s death while filming a new SBS drama, according to her agents yesterday. The two hosted a fashion program and forged a close friendship, her agents said.

Woo was indicted in a hit-and-run car accident last Dec. 15 and in March a court sentenced him to an eight-month suspended prison term. In addition, He was known to have agonized over the recent failure of his fashion business.

Woo studied design and marketing in France in his early 20s and had been a creative director in Korea’s fashion industry since the 1990s. A funeral will be held tomorrow at Soonchunhyang University Hospital in Hannam-dong, central Seoul.