Liam Neeson is taken with Korea

Liam Neeson is taken with Korea 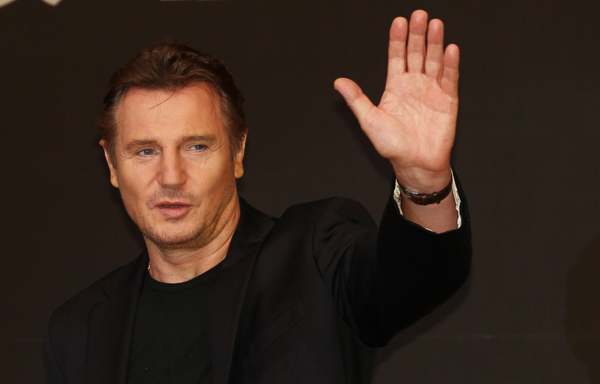 
Actor Liam Neeson was at the Grand Hyatt Hotel in Hannam-dong, central Seoul, yesterday to promote his new movie, “Taken 2.”

As part of his Asian promotions, Neeson took a chartered plane to Seoul on Saturday and participated in a red carpet event.

At the press event yesterday Neeson said “hello” and “thank you” in Korean to a roomful of impressed reporters. The 60-year-old actor also raved about Korea, calling it “a beautiful country.”

Unfortunately, Neeson said that he had to leave on the following day due to his hectic schedule.

With the niceties out of the way, Neeson talked about serious stuff, mostly his profession and new movie that will hold its world premiere in Korea on Sept. 27.

“Through my role in ‘Taken,’ I’ve gained this reputation as an action star,” said Neeson, adding that he was thrilled to be offered more action roles.

In regard to the point of difference between “Taken 2” and its prequel, he said that was a question he’d like to ask viewers.