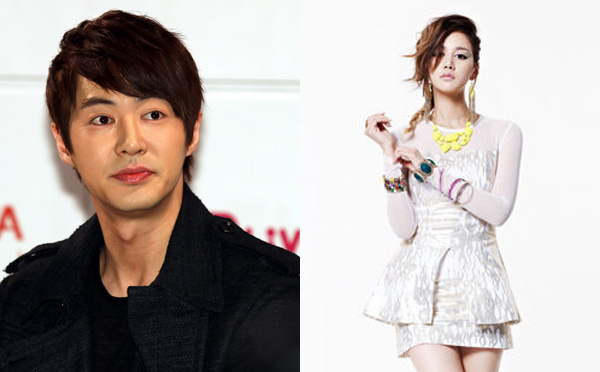 
Speculation is rife that Shinhwa member Jun Jin is dating girl group Spica’s Park Ju-hyun. Ilgan Sports reported on Monday that a friend of the couple confirmed the two met earlier this year and began dating.

Apparently, friends and fans already had an inkling about the two, especially when Jun tipped off his feelings for a “JH” in the dedications on his band’s album jacket released in March.

In Shinhwa’s 10th album, Jun said, “All the best to Spica. JH, because of you, I find strength.” Netizens now claim that JH is Park.

Although the 32-year-old Jun has neither denied nor confirmed the rumors, earlier at a press conference for his band’s “Return Tour” in Beijing, Jun spoke candidly about relationships and settling down.

“If I find someone I want to spend the rest of my life with, I would like to get married soon,” he said.

Meanwhile, some are wondering if this isn’t a marketing gimmick to boost the career of Spica. As a relatively unknown female group, the band made its debut this year and will release an EP today.