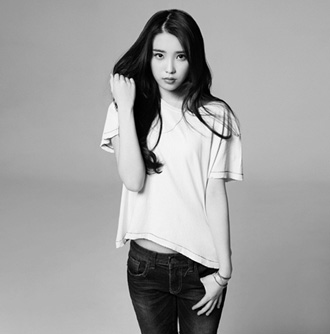 American music publication Billboard has selected IU as one of the top 21 musicians under 21 years old.

In an annual series “21 Under 21,” the K-pop star was ranked 15th and described as Korea’s “little sister.”

Her hit songs from “You and I,” “Good Day” and “Peach” were mentioned, and the 19-year-old was said to possess a “unique charm” that made her a “bona fide superstar” in Korea and Japan.

The fact that her song “You and I” was ranked No. 1 on Billboard’s K-Pop Hot 100 Chart last year was also noted in the article published Monday.

Others to make it onto the list were Nick Jonas, Selena Gomez and Justin Bieber, who was ranked first.

Meanwhile, back on the home front, the nation’s “little sister” entertainer will hold an encore concert on Sept. 22 and 23 as a follow-up to her national tour in June and July.

Loen Entertainment announced Monday that the concert will take place at the War Memorial of Korea in Yongsan District, central Seoul.