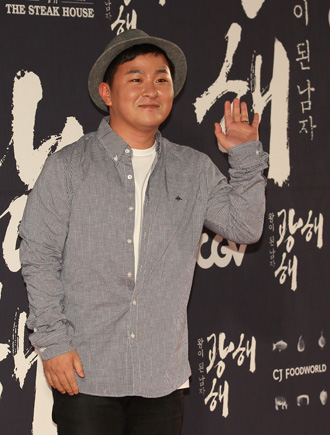 To mark the anniversary of his debut, winner of “Super Star K 2,” Huh Gak, decided to express his thanks by visiting patients at a hospital in Bucheon, Gyeonggi.

On Tuesday, the 27-year-old singer was to take part in a charity concert at Sejong General Hospital.

The singer did more than that by turning up an hour early and visiting the intensive care unit as well as the pediatric ward.

Huh greeted patients and their caregivers and wished them all the best in their recovery.

The reality show contestant said he was moved by the experience.

“When I made my way to the intensive care unit, I felt pains in my chest,” said Huh. “I also want to see the kids get better and see them running around.”

After his tour of the facilities, Huh sang “Always,” “Hello,” “One Person” and other hits.

During the performance he also passed on a gift to young Chinese patients who were in Korea for heart surgery. In addition, the K-pop star prepared snacks for more than 300 people present.
By Carla Sunwoo