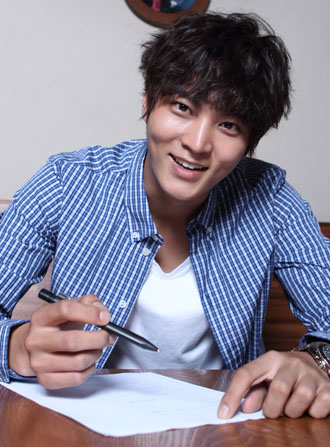 Actor Joo Won will try his luck at breaking into the Japanese music industry.

Through his official Web site www.joowon.net, the 24-year-old announced that he will release a debut single titled “Nadeshiko” on Oct. 10.

The EP will be sold via iTunes and Recochoku and is said to convey “feelings toward a beloved.”

The song is also the theme for the Japanese movie “Bungo,” which opens on Sept. 29.

Although he’s better known as an actor of late, the 24-year-old has also dabbled in singing before.

In 2007, he was a part of singing group Free6, which was a group marketed towards young kids.

Although his stint with the coed band was short-lived, Joo also went on to pursue a musical career from 2007 to 2009.He sang on the soundtracks of “Bread, Love and Dreams” and “Bridal Mask.”