From drug-dealing orphan to opera sensation

From drug-dealing orphan to opera sensation 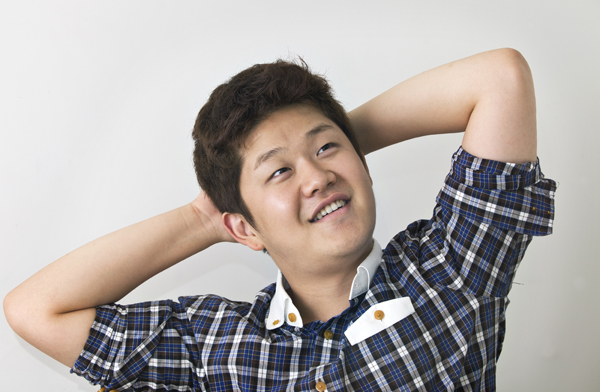 
Choi Sung-bong, the inspirational vocalist who rose to fame through the popular singing-audition show “Korea’s Got Talent,” has been likened to Paul Potts, the English tenor who won “Britain’s Got Talent” in 2007. And for the first time, the two improbable international stars will share the stage when they perform at the YouTube Festival in Madrid on Saturday.

“I am going to sing ‘Forever Friends,’ the official song of the 2008 Beijing Olympic Games, with Paul Potts,” the 22-year-old singer said in an interview with the Korea JoongAng Daily. “I am nervous but at the same time very excited to stand with him onstage.”

Choi and Potts are two of the estimated 20 artists invited by YouTube to perform at its two-day festival featuring some of the talents that have gone viral on the world’s biggest video sharing site.

“Those who are invited, including myself, are singers and artists who have drawn tremendous responses from online viewers on the Web site,” Choi said.

“But what’s more exciting besides singing a duet with Potts is that I am going to conclude the festival by singing ‘You Raise Me Up’ and ‘Nella Fantasia’ on the solo stage.

“I have been practicing the songs I am going to sing in Madrid over 10 hours a day in preparation for the concert.”

The invitation from YouTube comes a little over a year after Choi’s surprising debut on tvN’s audition program in June 2011. The video of his baritone rendition of “Nella Fantasia” for his first tryout on the audition program has exceeded 60 million views on YouTube.

After winning second place in the contest, the now famous vocalist has been busy giving speeches and performing across the country, including a show at the Blue House. Choi also wrote his autobiography, titled “Don’t Give up, You Only Get One Life,” which was published this summer.

Choi was upbeat and playful during an interview at a cafe in southern Seoul, asking for good photo shots with a big smile. “I need to look good to make friends,” he said with a laugh.

The 22-year-old’s uplifting aura shows little trace of the brutal and adventurous life Choi has led.

Abandoned by his parents at the age of 3, Choi ran away from an orphanage in Seoul at age 5 and got on a bus headed for Daejeon, about 160 kilometers (100 miles) south of Seoul.

The story of the 5-year-old’s ensuing 10 years in Daejeon’s red-light district is remarkable.

“One day I stopped seeing a close friend who also lived on the streets like me. I later heard he was probably kidnapped by gang members for organ trafficking and was certainly dead.”

Choi survived by selling packs of gum and energy drinks. He slept just before sunrise on nightclub stairs or in public restrooms or phone booths. He found a better place to stay when he started attending night school at about 13 years of age.

Choi said he didn’t have a sense of time during his upbringing as he just lived day by day. “During those years, I lived like a day fly. I lived days in those years simply because I didn’t starve to death or freeze to death on the streets.”

Living on the street left him addicted to smoking and alcohol by the time he was 10.

“I was paid by drug dealers to deliver drugs to people in a motel room when I was around 10, and I soon got addicted to drugs, too.”

Choi ended his challenging life on the streets when he found a vocal training tutor named Park Jung-so, then a student at Pai Chai University in Daejeon. Park gave voice lessons for free and helped Choi pass qualification examinations for elementary and middle school and later get into high school.

However, Choi’s years at the Daejeon Arts High School were filled by conflicts with classmates.

“During my years on the streets, I learned skills to appear strong and not to be taken advantage of, and those skills were working against me in school.”

A few years after high school graduation, when Choi was doing construction work instead of going to college because of a lack of funds, he heard about the audition program and was encouraged to try out by his longtime teacher Park.

Now Choi is gearing up to release an album of opera. “I have been in talks with people in the music industry about releasing an album, but I know I have a long way to go to improve my singing, and that’s why I spend hours practicing every day.

“I want to tell people to love themselves more and to endure their challenges. If my singing could convey that message to people, I would not ask for more.”