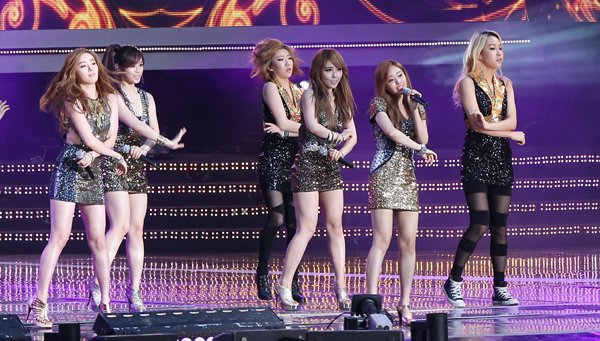 In light of more and more scantily clad performers emerging on the scene, the Korea Communications Standards Commission will regulate outfits worn by young entertainers on TV.

According to its Web site yesterday, the commission will revise an existing bill to stop entertainers under 19 years old from enacting sexually suggestive scenes as well as wearing skimpy outfits.

The media monitoring organization hopes to rework its current stance so “children, teens and entertainers won’t be commercialized as sex objects in the media.”

By enforcing strict control over TV content, KCSC hopes to promote “wholesome broadcast content that won’t be detrimental to the good of society at large.”

As well as doing away with revealing outfits and lewd shows, the commission aims to take new measures to rate reported programs.

According to Yonhap News Agency, programs that violate the new agreement will be viewed and given warnings or face other disciplinary action.