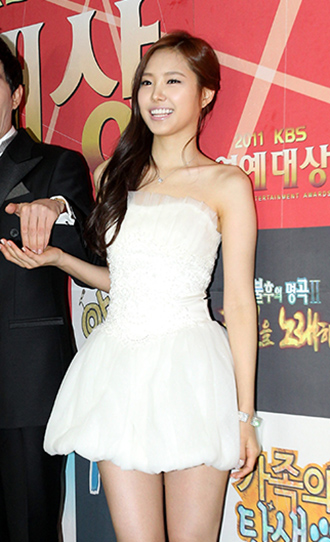 A-Pink’s Son Na-eun has been cast to play in the JTBC weekend drama “No Children, Better Life.”

Following in the footsteps of band member Jung Eun-ji, who made it big with her role in “Respond 1997,” Son hopes to make a name for herself as an idol group singer on TV.

In the drama, Son will play the role of Oh Soo-mi, an optimistic child who was brought up by her grandmother after her father passed away.

In addition, Na has also landed roles in the SBS drama “Dae Poong Soo” and the film “Marrying the Mafia 5.”

Na is one of many idol group singers trying her luck as an actress.