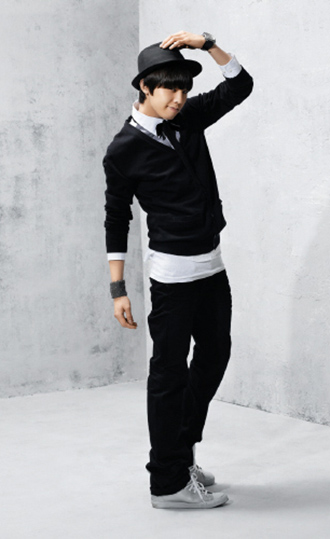 G-Dragon hosted a live chat session with fans through Naver on Sept. 25; Big Bang members Daesung and Taeyang also joined their group leader on the show.

As their fellow member T.O.P had recently injured himself on set of his movie “The Alumni,” the topic was mainly on him.
Even so, they couldn’t avoid talking about Seungri, who just over a week ago was caught up in a sex scandal in Japan.
After a Japanese woman told all about Seungri’s preference in bed, the boy band member was again snapped by paparazzi in Hong Kong cozying up to a co-star.

To satiate the fans, G-Dragon tackled the matter front on by saying, “As an older brother figure, I told him off.”
Meanwhile Taeyang said that next time he saw Seungri, he’d have a serious talk with him, “He is in repentance mode though,” said Taeyang.

Meanwhile the band showed a united front by saying that people make mistakes and that they have forgiven him.
By Carla Sunwoo [carlasunwoo@joongang.co.kr]