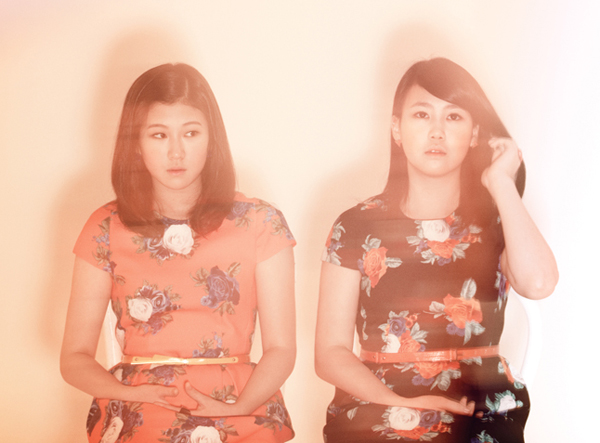 
After Park Ji-min, winner of “K-pop Star,” announced she would make her debut with a fellow 15-year-old from JYP Entertainment, tongues were wagging.

While everyone was wondering just who the other half of the duo 15& would be, no one could have guessed that she would be former “Star King” contestant Baek Ye-rin.

Yesterday, a teaser image taken from the duo’s upcoming debut album jacket revealed once and for all Park’s new partner. The image in pastel tones showed off both girls and surprised netizens anew.

Baek shocked viewers five years ago when she appeared on the SBS talent show.

Since then, she has been polishing her skills as a trainee at JYP entertainment agency.

Apparently, she auditioned at the same time as 2PM’s Jang Woo-young and has spent most of the last five years shuttling between Korea and the United States for voice and dance lessons.

Baek apparently also took classes in piano, English and composing, and has been dubbed “genius girl.”