Over 2,000 local fans flock to see T-ara touch down in Kuala Lumpur

Over 2,000 local fans flock to see T-ara touch down in Kuala Lumpur 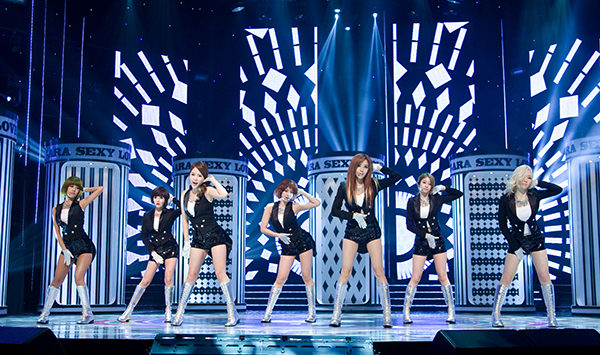 
When T-ara landed in Kuala Lumpur late Tuesday night, few expected some 2,500 fans to turn up at the airport to greet the hot K-pop outfit. Due to the surprise turnout, it took 30 minutes for the girl group to leave the airport, escorted by tight security.

T-ara held a concert in the Malaysian capital yesterday that drew more than 4,300 people.

As soon as they wrapped up the showcase, the girls moved on to Thailand to take part in Mnet’s “M! Countdown,” scheduled for today. Other stops on the band’s itinerary include Singapore, Vietnam and Indonesia.

While the band is busy promoting itself abroad, Eun-jung said she still plans to sue the production company of “Five Fingers” after the drama dropped her last month.

The agency representing her said it will sue the drama company for defamation. “It’s not a matter of financial loss, but rather the damage this has had on her name,” said a spokesperson for the artist.