‘Gwanghae’ to screen in Japan in Feb.

‘Gwanghae’ to screen in Japan in Feb. 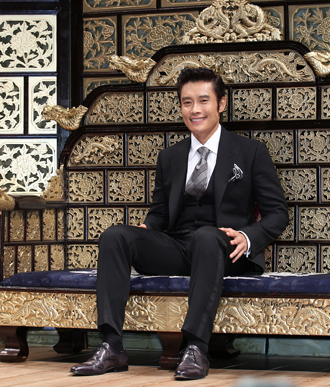 Lee Byung-hun’s latest flick and first period piece, “Gwanghae,” is set to screen in Japan from this February.

CJ Entertainment announced that the film will be re-titled “The Man Who Became King” and will open nationwide in Japan through the Japanese leg of its entertainment branch.

“Gwanghae,” which focuses on the life of King Gwanghae, was inspired by the “Annals of the Joseon Dynasty,” a manuscript that was kept in order to record the daily accounts of the king and national affairs.

The story centers on a fictional story of the king finding someone to pose as himself after constant assassination threats.

Ha-seon, a man from the lowest class of the era, is picked to play the part.

The 42-year-old Lee takes on the role of the king and the pauper in this historical piece that traces 15 days while the role reversal takes place.

In Korea, the film opened on Sept. 13 and exceeded seven million views in just three weeks.