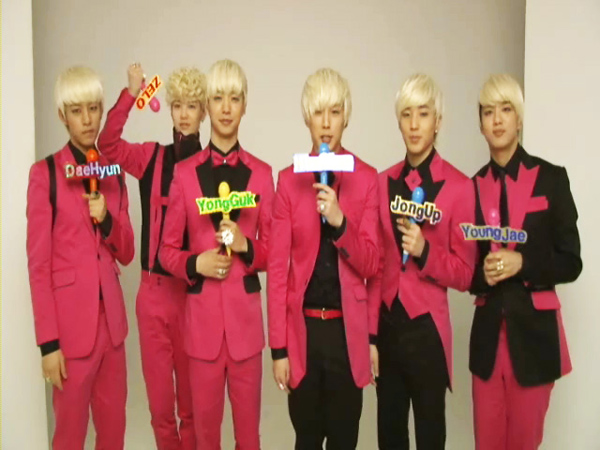 
B.A.P, the relatively new boy band on the K-pop scene, has managed to land both first and second place on the German Asian Music Chart.

According to the music chart on Friday, the group’s debut EP “No Mercy” maintained its No. 1 spot, which it has held since August, while its repackaged EP “Crash” landed second place as soon as it was released.

In addition to the six-member boy band, other K-pop artists ranked on the chart include Psy, Xia Junsu, Super Junior and G-Dragon.

The high ranking by B.A.P is especially notable because the group made its debut in Korea in January of this year and since then has risen to prominence abroad.

“No Mercy” was also a hit in Taiwan as it maintained the No. 1 spot on G-Music’s K-pop chart for five consecutive weeks.

On Sept. 22, the band held a showcase in Taipei where 2,000 fans and 50 media organizations turned up to catch a glimpse of the Hallyu stars.

To meet overseas demand, the band embarked on an Asian tour in July.