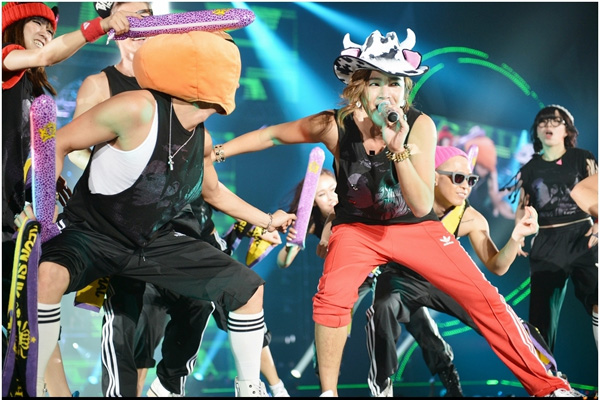 With four performances left, the Asian tour has made stops in Shanghai; Taipei; Yokohama, Osaka, Nagoya and Fukuoka in Japan; as well as Seoul, where it kicked off.

“From Saturday to Sunday, Jang performed for a packed concert hall in Fukuoka with 20,000 fans in attendance,” his agency said.

The company said that it was a huge improvement from his concert in the prefecture two years ago, where he could only manage to hold a showcase at a venue with a maximum capacity of 3,000.

As well as singing his hit songs, Jang has been using his tour to publicize the Busan International Film Festival, which is currently taking place in his home country. The 25-year-old entertainer said he was happy with the tour’s progress, adding that “if the last tour could be likened to a challenge, then this tour is the start of the hard work paying off.”