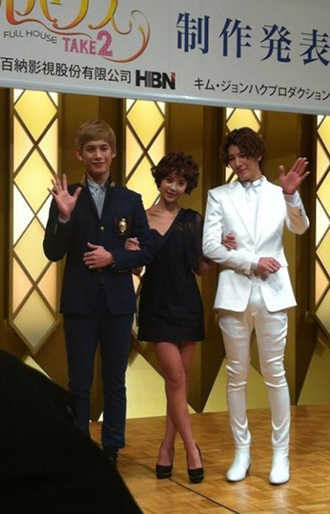 Eight years since the prequel, SBS Plus announced on Oct. 9 that the second installment of the hit drama “Full House” will air from Oct. 22.

The production is a collaboration between Korea, Japan and China, and wrapped up filming in April.

In the show, Hwang Jung-eum will play the role of a wannabe fashion designer named Jang Man-ok who poses as a stylist for superstar Lee Tae-ik played by No Min-woo.