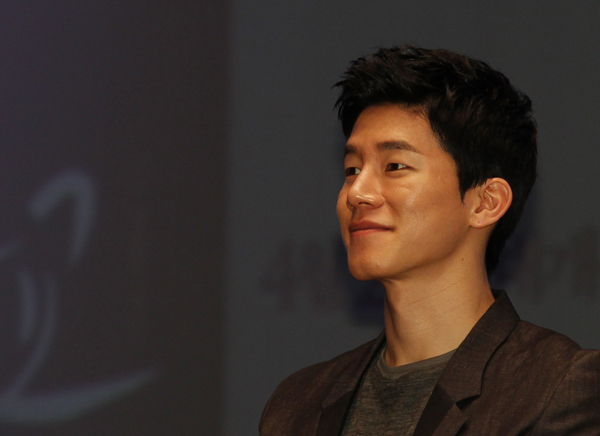 
Actor Kim Moo-yul has enlisted in the Army after his exemption from the mandatory military service stirred controversy in the country. Kim entered a training facility in Uijeongbu, Gyeonggi, on Tuesday.

The actor said through his agency on Oct. 4 that although he knows he had legitimate reasons for his exemption, he was undertaking the two-year service to stop the malicious rumors being spread about him.

“I don’t know what to say or how to say what I’m feeling,” Kim’s girlfriend and fellow actor Yoon Seung-a tweeted.

In June, articles about Kim’s exemption for “being poor” sparked a wide range of reactions nationwide.

Kim’s agency defended its star by saying that he was unwell and also the sole breadwinner for his family at the time he asked for the exemptions from the Military Manpower Association. In 2010, Kim told the military he had a minor illness, but when he failed to receive an exemption, he filed another request stating that he was the sole financial provider for his family. That request was eventually granted.