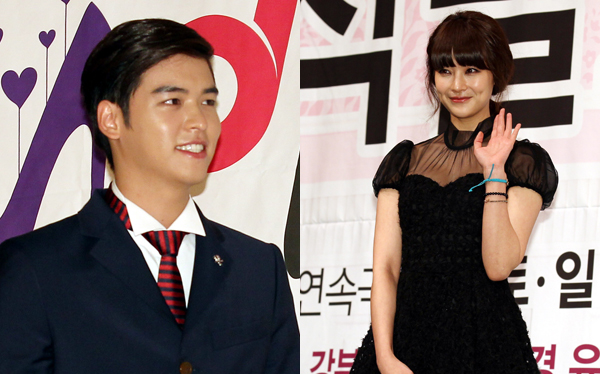 
Lee Jang-woo and Oh Yeon-seo will play a married couple in the new MBC drama “Oh Ja-ryeong is Coming.”

Oh’s agency announced yesterday that Oh has been cast to play the lovable wife of Lee’s Oh Ja-ryeong character who saves his in-laws from his brother-in-law’s malicious plot. The daily program is set to air from November.

Oh rose to prominence through the drama “My Husband Got a Family.”

Yesterday, Oh was one of the most-searched entertainers online when a picture of her posing at a cosmetic surgery clinic began circulating.

The image was presented to the public just a day after the actress appeared on the TV show “A Mighty Heart” on Tuesday and denied ever getting work done.

Oh told the audience that despite what people thought, she was “all natural.”