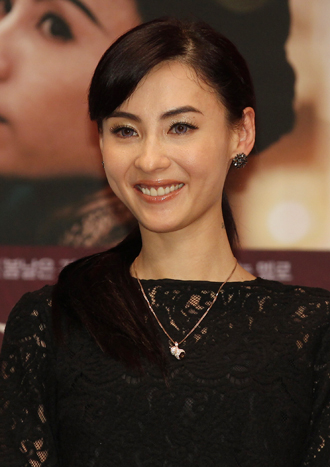 Cheung is in Korea to promote her upcoming film “Dangerous Liaisons” at the Busan International Film Festival. At a press event last week for the movie, Cheung showered praise on her co-star, Jang Dong-gun.

Cheung said she was impressed by the Hallyu heartthrob’s dedication to his craft, saying he spent “20 hours a day reading the script” and learning Chinese in order to speak his lines rather than opting for dubbing. The two actors previously worked on “The Promise” in 2005.

The collaboration by China and Korea is set to open next month and boasts a multicultural cast. Another big name in the movie is Zhang Ziyi.

Directed by homegrown talent Hur Jin-ho, it is an Asian remake of the French classic of the same name.

The film has been remade five times. The most famous version featured Hollywood actors John Malkovich and Michelle Pfeiffer in 1988.