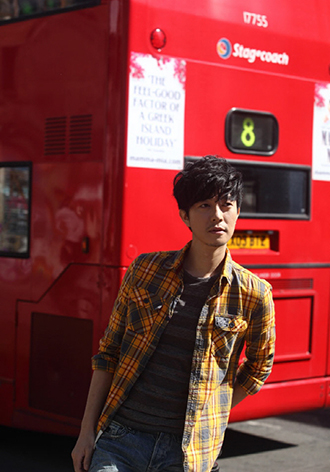 Yoon Gun, one half of the duo Brown Eyes, will release a solo album on Oct. 18, his first in more than three years.
Just in time for the release, Yoon’s agency announced that the singer has signed a contract with Sony Music in order to launch his career abroad.

“As well as being active in Korea, we’ll set out to promote Yoon Gun around the world,” said his agency, which says it’s banking on the K-pop power to take Yoon to the top.
His biggest selling point: according to his agency is that unlike other K-pop acts, he sings ballads rather than catch dance tunes.

In 2001, Yoon joined forces with Naul to form Brown Eyes and has become a respected artist in K-pop.