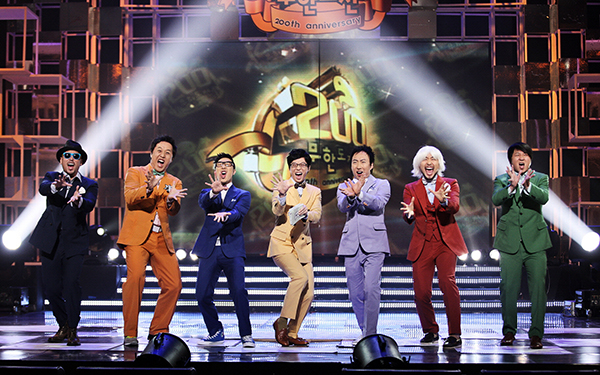 MBC network was in panic mode after an unedited version of “Infinite Challenge” was leaked online.

A 40-second outtake from an episode last month began circulating on blogs Wednesday.

The capture was taken from a segment titled “Infinite Superior” and dates back to a time when G-Dragon appeared on the show.

Although the Big Bang member wasn’t in the clip, the video is spreading like wildfire because Park uses profanity in it.

The outspoken comedian holds nothing back as he swears repeatedly while his co-stars laugh at him.

MBC is trying to track down the person who uploaded the video. Because it’s raw footage, the network believes an employee is responsible and that the clip may have been recorded on a mobile phone.

Last month, Gil of Leessang, who was a regular, decided to leave the show.