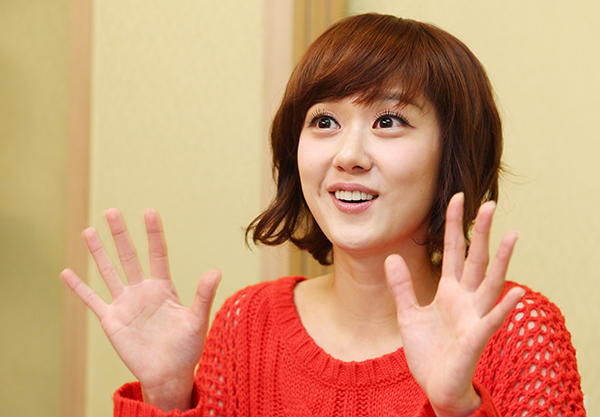 
After a year away from TV, Jang Na-ra will return to drama in the new KBS production “School.”

In the remake of the 1990s hit drama that starred Ha Ji-won, Jang Hyuk and Zo In-sung, Jang will play a teacher. Filming is set to begin next month.

After starring last year in “Baby-Faced Beauty,” Jang spent the rest of 2011 promoting herself in China. She took on her first Chinese cinema role in “Flying with You.”

Hailing from a singing background, Jang also contributed to the film’s soundtrack.

After returning to Korea early this year, her agency quoted her as saying, “I can’t wait to be reunited with my Korean fans.”

But in July, Jang released her album “Love Journey” in China, much to the disappointment of those Korean fans.

Jang made her debut in Korea as a singer and actress in 2001 with the album “Burying My Face In Tears,” which sold 300,000 copies. The same year, she made her TV debut in the sitcom “Nonstop.”