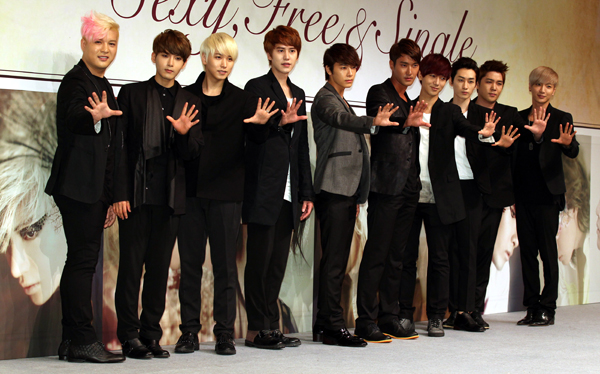 
Super Junior will release a photo book to celebrate its seventh year in the spotlight. SM Entertainment announced Tuesday that the limited-edition book will go on sale across Asia starting Nov. 6.

The book, titled “Super Junior Boys in City Season 4. Paris,” was shot in the “City of Light” and includes writing by the band members.

The package comes in two editions: the standard version contains the book, postcards and a poster, while the limited edition also includes a 2013 scheduler and behind-the-scenes DVD.

And because no anniversary is complete without a party, the band will also host a party at Korea University on Saturday.

Fans were able to reserve a spot through the band’s official Web site.

As the band looks toward celebrating its seventh year, it has been nominated by MTV Europe as Best Asia Act at this year’s ceremony on Nov. 11 in Frankfurt.