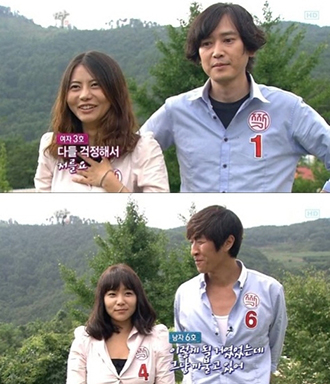 Actor Kim Jin is apparently still dating his love interest from the reality-based dating show “Jjak” (“Couple”), two months after filming ended.
Ilgan Sports reported that the two who were paired up on the celebrity edition of the popular SBS program on Oct. 3 have moved their dates off the screen.

“They are doing all the things that couples do, dining, hanging out and enjoying dates,” said a source close to Kim.

Kim at 39-years-old is seven years older than the gynecologist that he is seeing.
On the show, Kim showed a romantic side by serenading her and writing her love notes.
By Carla Sunwoo [carlasunwoo@joongang.co.kr]