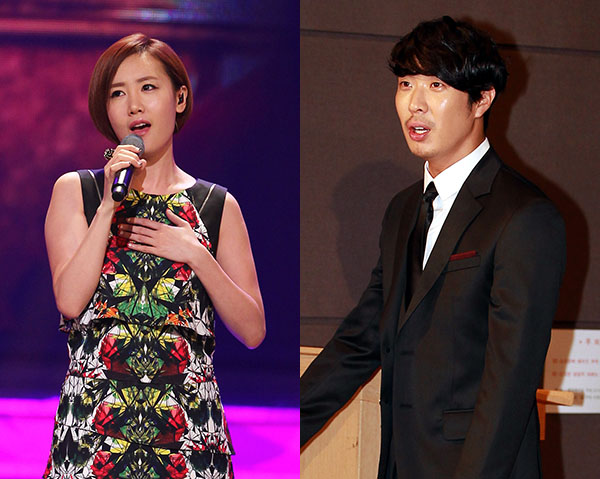 
Haha and Byul had a secret wedding on Oct. 14 - just a day before Byul’s father passed away.

A source close to the star revealed on Friday that the two had an informal wedding ahead of their formal nuptials to take place next month.

“They didn’t know at the time that Byul’s father would die so soon,” said the source. “But they wanted to give him a peace of mind while he was in hospital.”

“It was sad that he left us for good just the day after, but I’m glad that he knows that we are married,” Haha reportedly told a friend.

Byul’s father passed away on Oct. 15. His illness was brought on when a gastroscopy procedure went wrong.

Just days earlier, it was revealed that Haha and Byul were already married on paper.

On an episode of SBS’ popular talk show “Mighty Heart” that aired last Tuesday, singer Byul told of the surprise proposal that took place at her local district office.

The two entertainers will hold their official ceremony on Nov. 30.