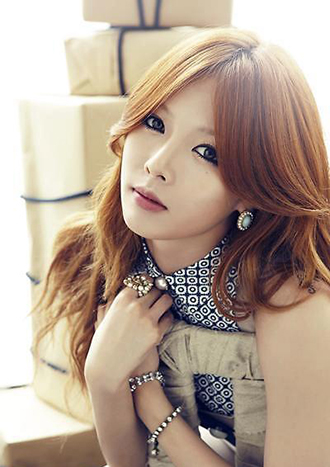 K-pop fans were thrilled when they found out yesterday that Hyun-a’s new music video “Ice Cream” has a cameo by none other than Psy.

It seems that the “Gangnam Style” singer was returning a favor. The 4Minute member appeared in his hit video three months ago.

In the video uploaded yesterday and rated 15+, Psy can be seen looking at an unattended ice cream van, climbing in and helping himself as Hyun-a appears, looking less than thrilled at the intruder.

A heated exchange between the two, with Hyun-a yelling at Psy, has been described as one of the highlights of the video by fans.

After Psy’s appearance, the clip takes on a new angle as the sexy idol singer exhibits some saucy moves, complete with a bubble bath scene.

The song is doing extremely well on music charts since being released Sunday in the EP titled “Melting.”

Leading up to its release, the teaser clip for the album’s title track garnered more than three million views in just three days.
By Carla Sunwoo