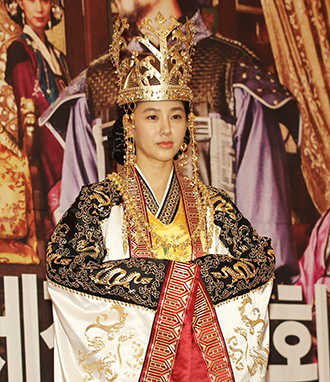 Actress Park Joo-mi was involved in a car crash and is undergoing tests and receiving treatment.

According to her agency, the star of the drama “A King’s Dream” was traveling on the Ogori Highway in Gunwi County, North Gyeongsang, on Tuesday night when her vehicle collided into a truck weighing 25 tons.

However, upon undergoing tests at a hospital in Seoul yesterday morning, it was determined that the actress may have some internal injuries, according to Ilgan Sports.

“Her seat belt saved her life, but she needs rest right now,” a clinic spokesperson told the sports paper, adding that she would need at least eight weeks off to recover. As it stands, the network and Park’s manager have yet to decide what will happen to the star’s schedule.

“She is currently being treated in the intensive care unit, and according to results, there is a chance that she may have to quit the drama,” KBS said.