“As One” to screen in Japan next year

“As One” to screen in Japan next year 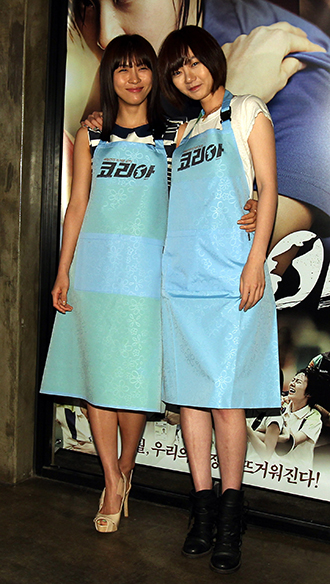 This year’s blockbuster film “As One” will hit Japanese cinemas next spring.
To be renamed as “One- 46 Days of Miracle,” the movie starring Ha Ji-won and Bae Doo-na will be shown at a special screening to take place on Nov. 2 at Cinemart Shinjuku in Tokyo.

Ha, as well as the film’s director Moon Hyun-sung, will be present to meet with the press.
Then on Nov. 3, another promotional event will take place at the 28th annual One Korea Festival in Osaka.

The film is based on a true story about tennis players from the North and the South in 1991. The plot revolves around a friendship that forms between the two Koreas’ players at the World Table Tennis Championships, which were held in Makuhari, in Japan.