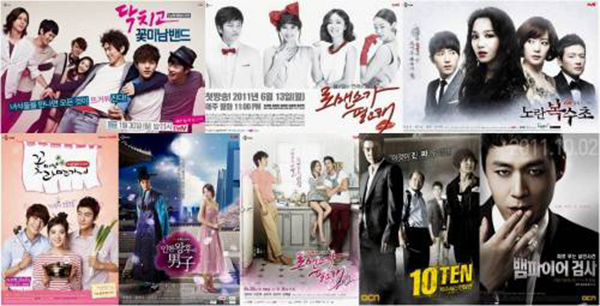 Entertainment company CJ E&M announced that it has pocketed a cool 13.3 billion won ($12.1 million) for the first three quarters of the year from the sale of its programs.

CJ announced Oct. 30 that more than 20 dramas have been exported to some 21 nations so far and that by the end of the year, accumulated sales will top 15.6 billion won.

The 20 picks include programs like “Flower Boy Ramen Shop” and “Shut Up Flower Boy Band,” both on tvN, as well as OCN’s “Vampire Prosecutor.”

In particular, “Shut Up Flower Boy Band,” “I Need Romance” and “Vampire Prosecutor” were the bestsellers, as they’ve all been snapped up by 20 buyers.

“At last, all the hard work invested into our dramas is making them take off overseas,” said a spokesperson from the entertainment giant.