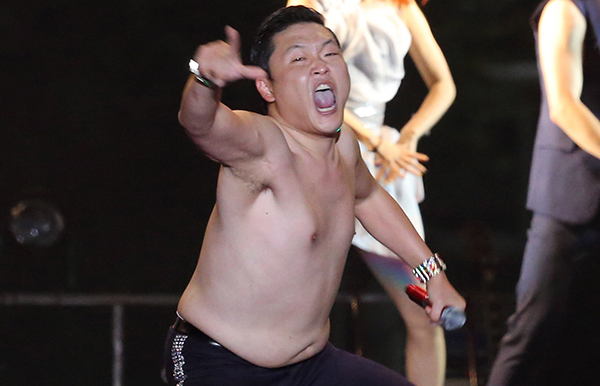 
After the Ministry of Gender Equality and Family dropped its 19+ rating on Psy’s song “Right Now” on Oct. 5, YG Entertainment decided Monday to drop its case against the government organization.

For now at least, the agency and the ministry see eye to eye, and YG will no longer press charges against the ministry alleging that it limited freedom of expression in songs.

In 2010, the controversial track contained on Psy’s fifth album was deemed “unfit for minors” as it contained lyrics that were vulgar, according to the ministry. Because of words in the title track, the ministry put an age restriction on the whole album in December 2010.

In May, YG challenged the view by saying that lyrics in the song that roughly translate to “You gotta be joking. What the hell. Are you nuts? You are putting on a one-man show,” were common expressions.

Although the ministry looked as if it would battle the K-pop agency, it reversed its decision.

Meanwhile, Psy’s Canadian schedule was canceled due to Hurricane Sandy.