Ex-member cooks up a g.o.d reunion

Ex-member cooks up a g.o.d reunion 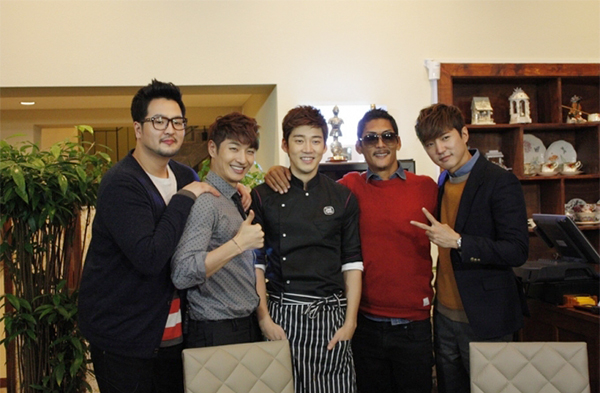 
Boy band g.o.d of the 1990s was reunited recently for a taping of former member Yoon Kye-sang’s cooking show on Channel Olive.

A spokesperson from “Yoon Kye-sang’s One Table” announced yesterday that the old friends and former band members all agreed to take part in the final episodes of the show.

“They met at a restaurant in Yongin the day before and had a great catch up session,” said the spokesperson, emphasizing that the TV show will be the first time the group has been together since its 2004 concert.

The group originally consisted of Yoon, Park Joon-hyung, Son Ho-young, Danny Ahn and Kim Tae-woo. Yoon left in 2004 to pursue an acting career, and the others went their separate ways after releasing their seventh album in 2005.

In the upcoming episode on the cooking channel, Yoon will show off his newly acquired culinary skills to his former band, which debuted in 1999.

The program will air over two episodes on Nov. 10 and 17.