Jang Keun-suk the face of dancing game in China

Jang Keun-suk the face of dancing game in China 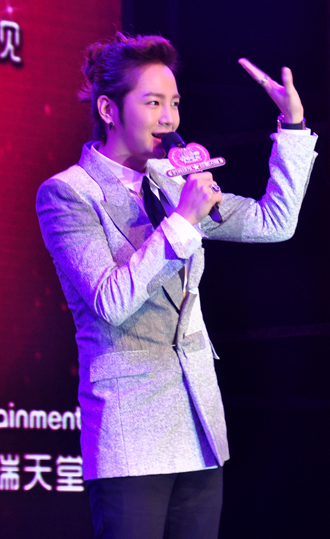 Hallyu entertainer Jang Keun-suk has been scooped up as the face of an online dancing simulation game called “Audition 2.”
As the Korean game sets out to capture the Chinese gaming market, Jang’s credibility as a proven force in K-pop will be the company’s marketing tactic.

Jang attended the press conference for the game on Oct. 29 at the Kempinski Hotel in Chengdu, southwest China, where various local media flocked to see Jang in his new role as the face of the game.

“Jang Keun-suk is a superstar in Chinese-speaking nations throughout Asia and so we thought he’d be a great spokesperson for the brand,” said the company.

Meanwhile, Jang will perform in Saitama, Japan, from Nov. 26 to 29, bringing his Asia tour to an end.