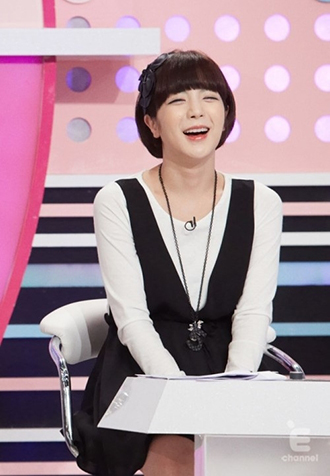 Amy has been sentenced to two years probation and 40 hours of community service and a 24-hour lecture on the effects of drug use.
On Nov. 1 Chuncheon District Court handed the entertainer the verdict after she was caught using propofol earlier in the year.

“As a public figure she should have known the negative effects she could have had by using drugs,” said the court.
“However, given that it is her first offense, and because she co-operated so well during the investigation process, we decided to give her a grace period,” said the court, which maintained that if she violated her parole that she’d spend 8 months in prison.

The case dates back to April, when the 31-year-old TV personality fainted while injecting herself at a nail shop in Gangnam District, southern Seoul.