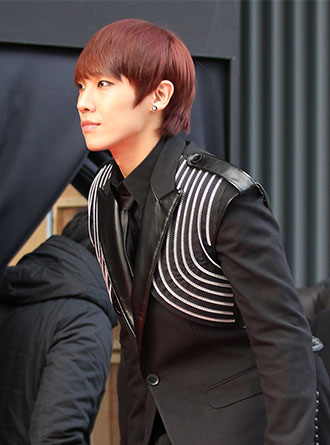 Lee Joon from Mblaq is rumored to star in a movie to be produced by famed director Kim Ki-duk.

According to OhMyNews on Friday, Lee will take the lead in “Actor is an Actor,” a film about a superstar who hits rock bottom. Although Lee’s agency said it’s not official, internet media are saying that Lee is a sure bet.

Although the Golden Lion award-winning director Kim is the producer, the film’s director will be Shin Yeon-shik whose work includes “The Russian Novel” and “Fair Love” (2009).

Meanwhile, Lee has also dabbled in acting from time to time, most recently taking part in MBC’s mock-reality show “We Got Married,” posing as the pretend spouse of actress Oh Yeon-seo and acting as the teenage version of singer Rain’s character in “Ninja Assassin” (2009).

The 24-year-old singer with a penchant for acting has also been cast to star in the sequel to hit-drama “Iris,” which will air next year.